Last week we made our biannual piligrimage to Capital Grille. Their wine list is expansive however you really need to pay attention to avoid over paying. Many of the wines are from good producers however often times they are young (Cabs from 07 or yonger) and marked up 2-3x per bottle. When going to a restaurant with similar wine lists it’s a good idea to take a look online and make smart choices. Capital Grille’s wine list isn’t available on their website but it’s findable with a little effort. With that being said we got a good deal on this 2004 Chapoutier Hermitage. This bottle retails for around $75 per bottle and we got it for $120 at the restaurant which is only a 60% mark up. We took a risk as 2004 Hermitage was not a perfect vintage and has already been declared to be past it’s prime depending on the producer.

We started out with Bluepoint Oysters (my favorite along with Naked Cowboys) and Wagyu Beef Carpacio and a Stoli Doli (pineapple infused vodka). Our main courses were bone in ribeyes medium rare with lobster mac and cheese and sauteed spinach. The oysters were the perfect combination of meat and brine while the Wagyu had fantastic earth flavors. The mac and cheese was uncharacteristcally dry which was a disappointment however the spinach was good with strong garlic flavor and good texture. The steak stole the show as usual with excellent marbling, seasoning, and the flavor concentration you only get with proper dry aging…worth every penny. For desert we had chocolate cake and my favorite: creme brulee which was torched perfectly.

colonelgrape: 83. One of my favorite movies of all time is City Slickers and I’d compare this wine to Curly….a great cowboy out for one last ride. Our gamble paid off and this was a tasty bottle at a decent restaurant price. Tough to tell color with the lighting but it had the nice aged purple/brick red hues. The nose was of extremely ripe black fruit, leather, earth, and definitely a little brett. On the palate is where the bottle fell a little flat for me. It was a little over ripe and had a port/raisin taste and the fruit was definitely past it’s prime but it all still worked. The tannins were gone and the finish was short. If given this bottle blind I would have said old Syrah but it was not as deep or bold as I’d expect from a Hermitage. I would have loved to try it in it’s prime but in the end it was a respectable final showing from the wily cowboy and now it’s time to move on.

MobyGrape: 89. This wine was ready to be put to pasture but it had one last wild ride left in it. It was a great purple color and just looked deliciously thick, probably due to the 8 years it had to build up sediment. It was earthy and had a port-y raisin flavor to it. Had a little tart kick left in it too.  I wouldn’t have wanted to drink this any later than we did, but it was an excellent surprise addition to an excellent meal! Paired wonderfully with steak and chocolate cake, but then again what doesn’t? 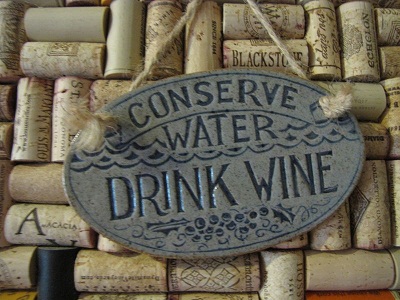 The warm weather is here and it’s officially grilling season. That means plenty of Cabernet and Syrah for us as well as some nice refreshing whites. The summer months will probably bring less posts as we still enjoy our beer, sangria, and play sports in the evenings. With that said we tasted some great wines in May and have a few posts in the pipeline already for June.

Grapestorm Highest Rated Wines of May 2013: