I’m not a Chianti expert, I only know the basics: It’s typically 75-100% sangiovese with the remainder made up of caniolo, cabernet sauvignon, merlot, or syrah. There are 4 tiers: Chianti, Chianti Classico, and Chianti Riserva, Chianti Classico Riserva. Chianti Classico is a sub-region of Chianti where they originally started making the wine. The higher you go on the list the older, pricier, and supposedly better the wine…blah blah blah. I would have continued my research if I actually liked the wine but it’s just not good! I think it’s safe to after our last few Chianti experiences I won’t be purchasing any more any time soon.

colonelgrape: 30. The only thing this wine was better than this year was the Beaujolais Nouveau.  I did some research on this bottle after our last Chianti experience and numerous people claimed this to be their favorite bottle of Classico. That being said I actually thought the first smell and sip were palatable but then came an overwhelming taste of rubber. I wish I had something more intelligent to say but It was literally like taking a cup of rubber bands, pouring wine on it, drinking it, and then chewing on the bands….simply awful. We each tried a few more sips to see if we could make it work but ended up dumping the bottle and moving on. I would rather take $18 out of my wallet and light it on fire than drink this wine again.

MobyGrape: 50.  Smelled like alcohol, and tasted like rubber, as though you opened a fresh bag of rubber bands and stuck your face in it.  I had to review the rating scale for this one just to figure out how to score awful.  Next. 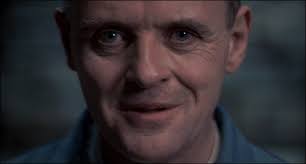 I can’t tell you how long I’ve been waiting to try a chianti, not because I particularly wanted to try the type of wine, but I so, SO wanted tobe able to say “I ate his liver with some fava beans and a nice chianti” (insert creepy lip smacking noise here).  Is it cliche?  Totally.  But that doesn’t make it any less awesome.  We didn’t even have it with dinner, it was our “let’s get the guest sauced so he’ll help cook” wine.  Let’s see, what can I find out about chianti in 4.5 seconds to make this legitimate.  Looks like it used to come in a basket so it wouldn’t break and it comes from the Chianti region of Tuscany.  That’s cool, I respect a wine that accessorizes itself.  Whatever website I read that on just got too technical so I’ll let the Colonel school you on it the next time we try a bottle.  There will be another bottle because this one was ok, good enough for us to want to try a different style but probably not good enough to get again.  On to the reviews, Clarice….

colonelgrape: 75. This wine was very dry and had medium-firm tannins to go along with strong acid and spice. It was much more earthy than I was expecting from a simple quaffing chianti…I was expecting to taste more fruit flavor. I was thinking this would be a good wine to start off with due to it’s easy drinking but that wasn’t the case for me. I would definitely like to have food with this bottle if I were to have it again. That being said I don’t think it was bad, it was just different than expected. I’m not an expert in Chianti though so maybe this is just what it is, I’ll have to try a few more to get a taste for it. This rating could be subject to change.

MobyGrape:  72.  I thought it was going to be fruitier.  Really wasn’t at all, it was dry.  I was hoping to like it a whole lot more than I did, but drinking it alone wasn’t a good idea, you need food with this one.  Wait, what does quaffing mean?  That’s a great word.